Staying at home is getting pretty boring!!!!!

I don't even remember the last time we say any of our friends......... I just know it's been many many months!  Thankfully - we can at least keep in touch with messenger and Facebook.  The only people I have seen face to face to have at least a small conversation is Rich, the next door neighbor ( just to say hello) and the friendly lady checking me out at the grocery store !!!!  Believe it or not - I have not even been to see a doctor in nearly a month.

Rich was having a lot of pain in his back, a lot of which was from his crushed L-4.  We think he may have also pulled a muscle.  But he did see the doctor, had an x-ray done and was told to see Dr. Soni, his Orthopedic Surgeon....  He got another Epidermal Cortisone Injection which has helped a lot..... but still some paid.  Scheduled for a follow-up in a couple of weeks.

We continue to spend more time in the kitchen,.... and with his back feeling a bit better he was ready to try out his new bread machine.  Definitely easier and faster..... He made just one loaf, and was not real pleased with the results.  A  week or so later he went back to making his own...........and I helped with the kneading!

And, I think we only had takeout ONE time and that was Chinese takeout!   But we had a few tasty dishes made at home as well.  Fajitas, with re-fried beans and rice,  Ham steak with scalloped potatoes and green bean casserole, Pork loin with red potatoes and carrots in the crock pot, and then just a simple cheeseburger on the grill with some homemade macaroni salad.   Home made desserts were 2 pumpkin pies, and a chocolate pie. 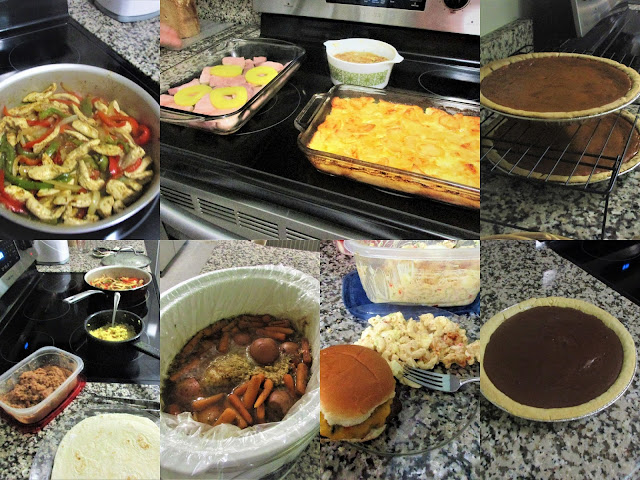 There are absolutely no good programs on TV right now, except maybe America's got Talent... and that just one program, one night!!  Normally this time of year I would be watching MLB........ I've always enjoyed watching our Tampa Bay Rays.   With all the political garbage, taking a knee and disrespecting the flag and National Anthem.......a great majority of viewers have tossed sports (not college) like football, basketball and even NASCAR.  But MLB was still pretty much accepted .........until Jacob Blake incident, when even MLB supported this rapist, and cancelled their game.  I, and I'm sure a whole lot of other people have not watched a game since.   This hatred and destruction needs to stop!  But as long as Democrats, Big Companies, Hollywood and people like George Soros continue to fund Antifa and BLM and pay bale for all of them to get out of jail...........the rest of the world has to suffer.

Congratulations are in order for our grand-daughter Chauna and here Fiance, Ryan Foss.  Family and friends gathered for the occasion on Iowa.....and Ryan got down on one knee and asked for Chauna's hand in marriage.   Beautiful couple! 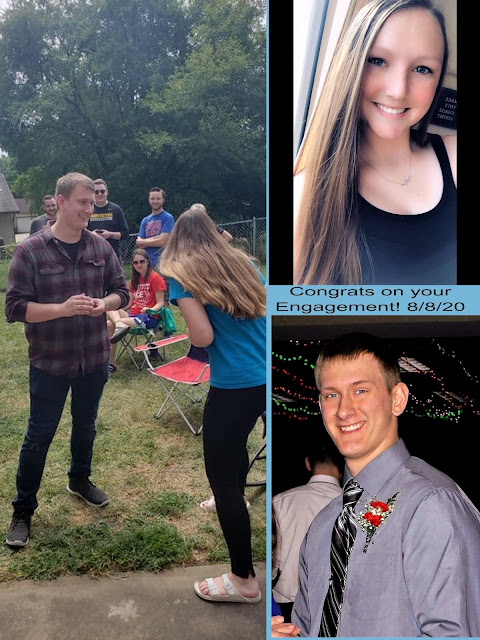 Posted by DDonald at 3:11 PM No comments: