Other than go out to dinner someplace locally - Rich and I have not done much of anything recently to just get away for a day.  Considered a trip back to Orlando to one of the dinner shows that we really liked.  Considered asking neighbors over for a cookout............but then decided to check with friends that we have not seen in YEARS up in Wesley Chapel.  Linda Bass ( whose husband passed away a year or so ago) and friends/neighbors Mark and Renee Glassman.
Since we were already heading up that way, we took the opportunity of stopping to see my niece, Christine Benjamin (daughter of my brother Don) who lives just 20 minutes from there in Zephyrhills.

First stop was at Chris's home, where she had most of her family (children) there to meet their Great Aunt Donna and Great Uncle Rich for the very first time.    They also had their children with them  - so that means we are also GREAT GREAT aunt and uncle!!!  Nothing like feeling really OLD!!

She also invited my nephew John Benjamin (son of my brother John aka Mick) and his wife Mary, who also live nearby in Zephyrhills.  This was a real surprise, and brought me to tears!  Rich had never met John, as he and the family had moved out of NY State before Rich and I even met! 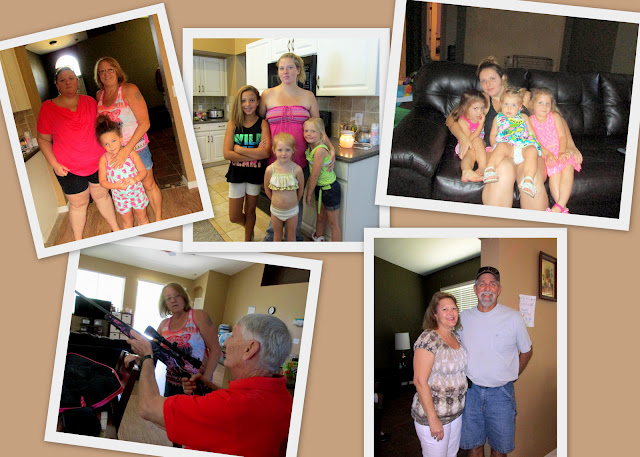 John and Mary hold to make a trip down to visit with us - and plan a get together so we can meet up with more of my family - his brothers and sisters who live in the Plant City area.   That would be very special!

From there we headed to Linda's house, but not before driving by our old neighborhood and checking out the house we sold there just a couple of years a go.  Still looks great.  We had a great visit with Linda and then headed for Chili's Restaurant to meet up with friends Mark and Renee.  We let Mark and Renee choose the restaurant - because being Jewish, they were celebrating Passover, and we knew they have to fast from some foods during this time. 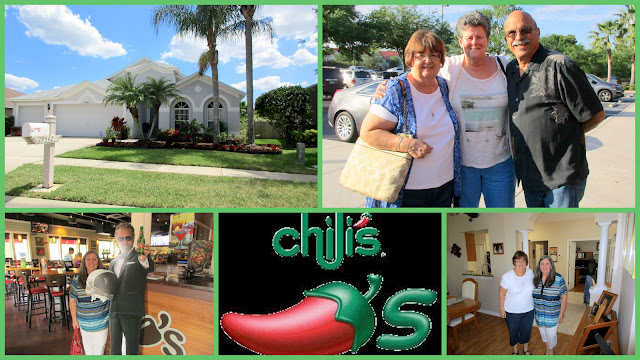 Dinner was great - and we sat there for what seemed like hours just talking and catching up on old times, and made plans for them to come down our way after they get back from their cruise and we return from NY.

We were back home before 9:00 after a really great day!

Highschool prom's were always a fun time......and yes!!!  I do remember mine!  Below are a couple of pictures of our grandchildren with their boyfriend/girlfriend posing for the ever favorite "prom pictures"!

Our very handsome grandson, Dalton with his girlfriend Sara.  Both are seniors, both are National Honor society members, and both will be heading to college next year! 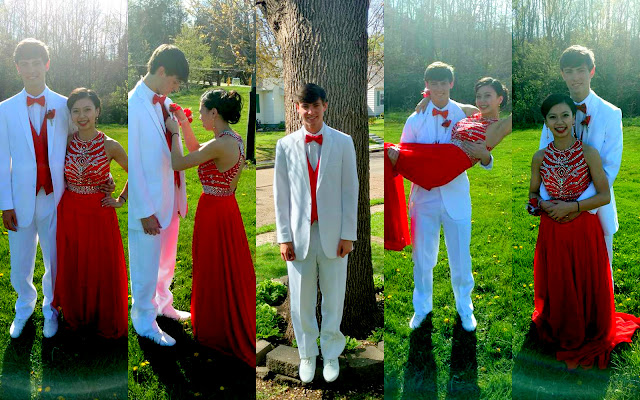 And our beautiful granddaughter, Chauna with her boyfriend Ryan. Both are juniors in highschool, and both were recently inducted into the National Honor Society. 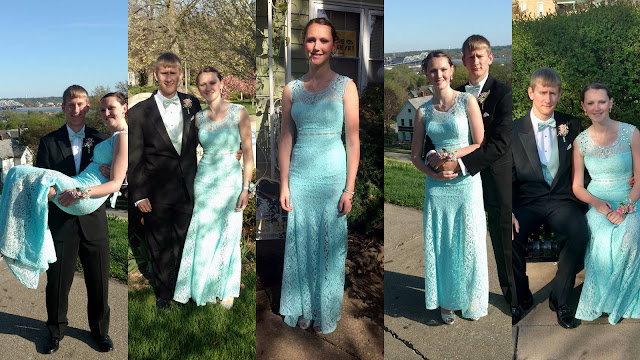 SO VERY PROUD OF BOTH OF THEM!
Posted by DDonald at 9:40 AM No comments:

Proud Papa and Gramma Do

On April 19th,  our granddaughter Chauna was inducted into the National Honor Society.  Not surprising since she carries a 4.0 grade average as a Junior at Davenport West High School in Davenport, IA .   She follows in the footsteps of her brother Dalton, who last year at this time was awarded the same honor, and who since then has been accepted at the University of Iowa.

We can not be more proud of both of our grand children, and of Dennis and Crystal who are awesome parents who have set such good examples and supported them in anything they do whether it be school,  scouts,sports, dance, music or just great family values!

Below are some pictures from Chauna's night.  What was extra special, her brother passed her the cord during the ceremony.   Also shown in the picture below with Chauna is her boyfriend Ryan, who was also inducted on Thursday, and Dalton and his girlfriend, Sara.  They both were inducted last year. 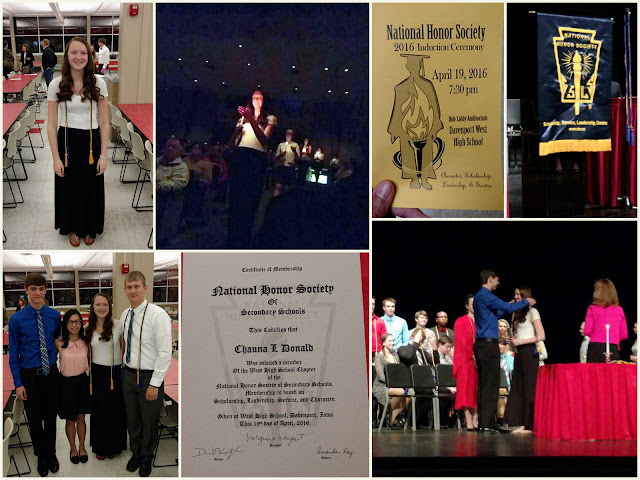 And is I looked back - I don't think I ever shared these pictures of Dalton and his Dad on their trip for orientation at the University of Iowa. 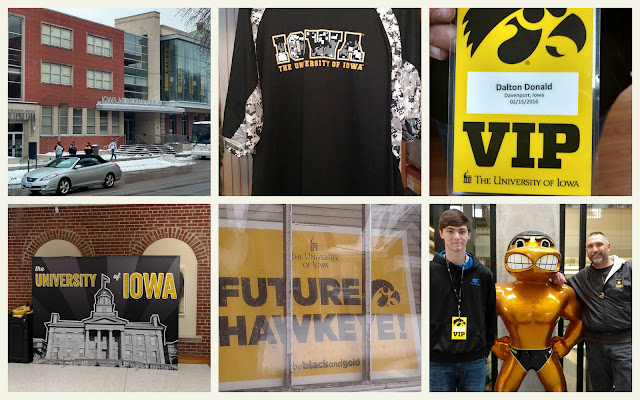 And before I close this post, there is one more birthday to celebrate this month!  Dennis is not positive of the exact day....... but this month is also Shadow's birthday. His "old man bestest buddy" turned 16 years old!!  They got Shadow out of a van, in a parking lot at Walmart in Stockbridge, GA, when Chauna turned 1 year old.  Dennis says  " he's traveled around and has had some rough times, but he's such and awesome dog (son), happy, playful and such a great buddy."    Happy Birthday Shadow" 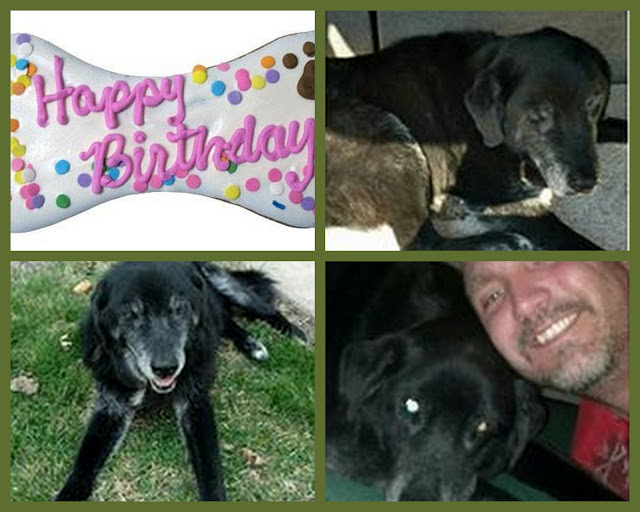 Still doing our monthly get togethers.  Tuesday evening we met up with Nathan and Krystal and Buddy and Diane once again at our favorite dining place, The Hibachi Buffet.

Dinner, especially the Mongolian Grill was excellent, as usual.  I think we sat for better than an hour and a half, just talking (and laughing!).  And we got the waitress to get a picture of the group.   Next month will probably be our last until September.  We'll be leaving for a trip north for a while, and Buddy and Diane will be gone from June until September.   So our plan for May is to spend a Saturday at Nathan and Krystal's place for target practice, pizza on the grill and games!!! 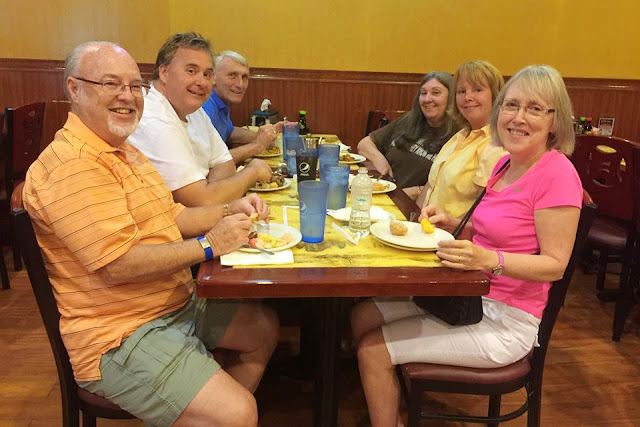 And today we celebrate another April birthday!  Happy Birthday to our super Sister-in-law, Diane Burger Donald!  I know you two are vacationing in Tennessee - so hope you're doing something special today!!! 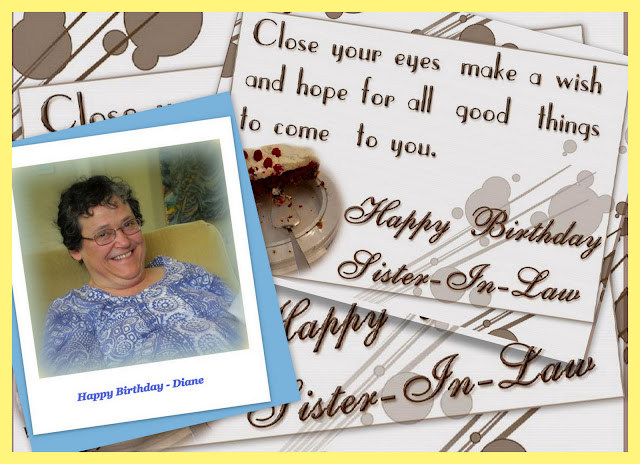 Not much else going on..........working in the yard, getting the palms trimmed and the topiary out front.  Rich had another of the sprinklers break, so it was a repair job on that yesterday.  Still need to fertilize the palms, put the weed killer down and clean the sidewalks.  Probably should get some miracle grow on the pineapple plants too!!     Blood work next Tuesday.
Posted by DDonald at 7:27 PM No comments:

Birthdays and Anniversaries...Friends and Family

A week of celebrating Anniversaries and Birthdays!

Monday  April 4th,  our good friends Nick and Tonyia celebrated their wedding anniversary, celebrating with a trip to Orlando, to Capones, and a couple of the theme parks! 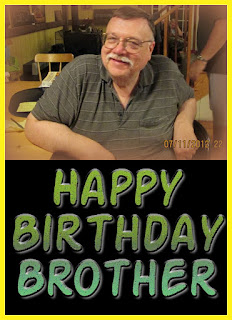 And Friday April 8th we sent along Birthday wishes to Rich's older brother Bob Donald who lives in Troy, NY 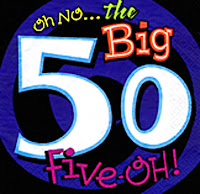 And today, Saturday April 9th we have two celebrations.
Nick, of the anniversary couple,  Nick and Tonyia celebrates the BIG 50!!

And also today we celebrate our granddaughter's 17th Birthday.  We are so very proud of this beautiful, smart, talented, absolutely awesome young lady!  She is such a precious gift.......one to cherish and love.  Just wish we could be there to celebrate with her.  HAPPY BIRTHDAY, CHAUNA DONALD!!! 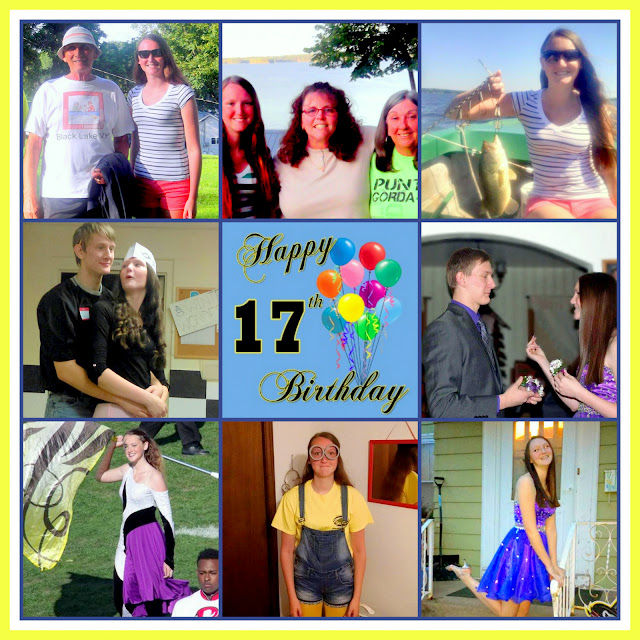 I think we have just one more birthday coming up a little later this month!