Well there is definitely not much going on here in Florida with the exception of the aftermath of the Presidential Election (General Election) is over.  Not going to say too much, as I have rarely shared my political views on this blog!   We are unquestionably Trump supporters, and we STRONGLY believe that our President should not concede given the crazy results;  coincidently in the majority of battleground states.  I am sharing one post, and one video and will leave it at that.  My prayers are with our President every single day. 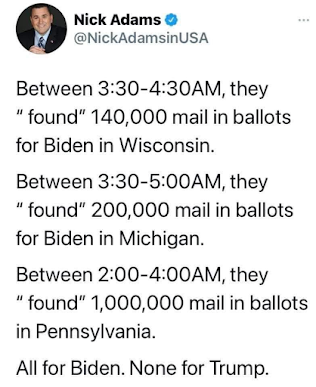 Once again not a whole lot going on.  Even less than normal!  Nothing real special to note in the kitchen.  A few things......but it was mostly left overs or take out!  Hot dogs with left over sloppy joe sauce.  Very good!  Chinese take out ( wonton soup, Chicken Lo Mein and  Sesame Chicken, another batch of ham and potato soup, homemade pizza ( that small portion on the right is my portion, with NO ground beef!),  and a batch of peanut butter cookies! 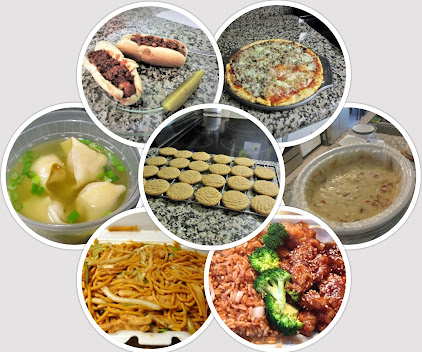 As I mentioned a few weeks ago, Rich went in for his Carotid Artery surgery.  That was back on the 22nd of  October. Because of Covid-19 hospitals are very careful about letting people in that are not there for a reason.  As such I dropped Rich off at Advent Health Hospital in Sebring about 7:45 in the morning. They would not let me in, and said they would call me periodically to let me know how things were going.  And...........I could come and visit with him after surgery, after being in recovery, and once in his room.  Got a call at 9:35 AM that he was not yet in surgery, doing arterial line.... and was in holding.  Said they would call again when he was in recover, and again when his room was available.  Second call came at 11:45, only to tell me he was still in surgery.  Called at 1:35 to say he was in recovery, and would be for at least 2 Hours.   Dr. Skipper called me about 2:00 to let me know that everything went OK, and this as long as everything OK overnight, he could go home on Wednesday.

Unfortunately, the room he was supposed to go to was temporarily given to a Covid Patient.  Visitors are not allowed in Recovery, but one of the nurses called and told me I could come in and see him, since he was the only patient left in recovery.  That was at 5:00 o'clock.  40 minute drive to the hospital from home, and he to leave him just after 7:00 when visiting hours were over.  I was back to see him the next morning around 10:00 o'clock.............and he was finally released to come home mid afternoon.   Went back on November 4th to get all the staples removed, and he is doing very well, with no restrictions!  YEAH!

I surprised him with a pumpkin, chocolate chip cookie!  I knew he would love that...... One of his Favorites! 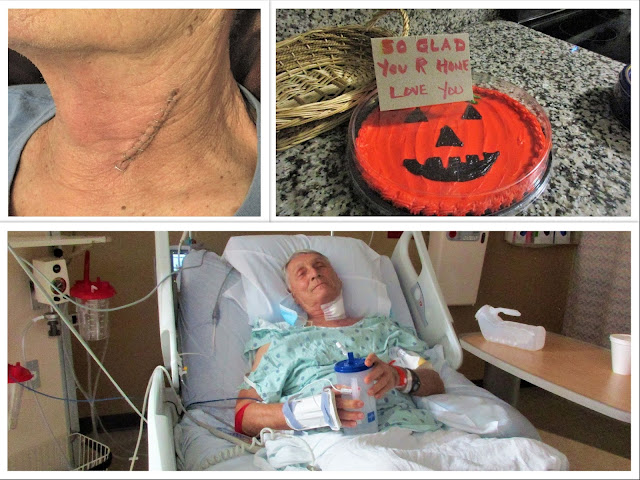 The one thing that we both enjoy about where we are located is the neighborhood, and the daily visitors to the back yard.  We have garden snakes that nest under the back deck, and we have so many birds and water fowl, that visit most every day.  The past few days we have had dozens of White Ibis.  They seem to like the area down near the water and the boathouse.  And a few days ago, we saw, for the first time a Turkey Vulture in the side yard. 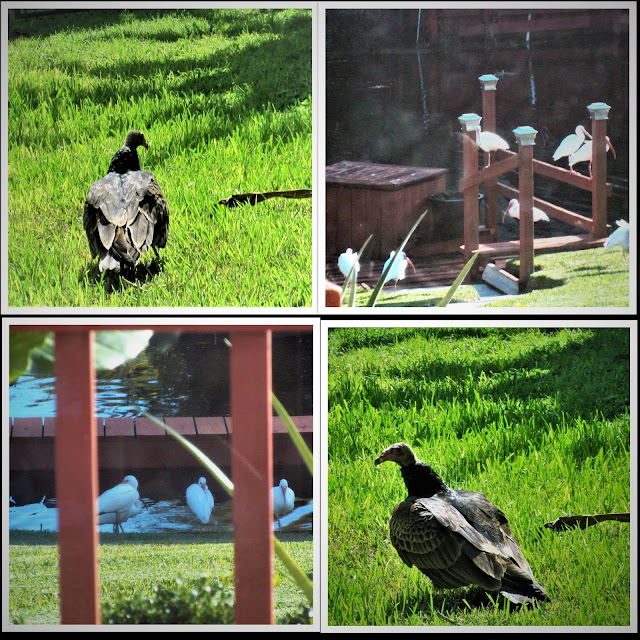 Macaroni and Cheese in the oven for dinner tonight!

Posted by DDonald at 4:30 PM No comments: