The Florida State Games were held Saturday and Sunday at the Kelly Recreation Center in Lakeland, Florida.  First time that we had been here, and must say it is a beautiful facility.  One of the best things about the Senior Pickleball events is sharing the day with our friends from across the area.  As you participate in these games year after year, you make some really great friends.

As in most of the tournaments, Rich competed and I took the pictures!  Pictured below Art Carpouzis from here in Peace River  with Nadine and Louann from Kings Point , a few of the medal winners from Kings Point,  Rich with his partner Gary from Avon Park, our very good friends and fellow USAPA Ambassadors, Nancy Meyer and Cindy Eddleman from Ft. Myers,  Soliviata Smashers from Poincianna and Jimmy and Bill from Tanglewood/Sebring. 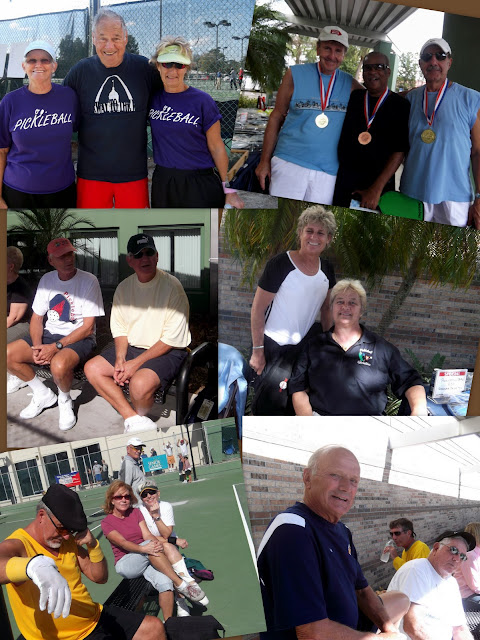 Rich was not scheduled to play until about 11:15 on Saturday, so by the time we arrived Art and Paul were just finishing their last game.  Paul drove down from TT Orlando to play that day - and while they did not take home a medal, they enjoyed the competition.  After Paul headed back to Orlando, Art hung around to watch Rich play, and helped to shag some balls during the games. 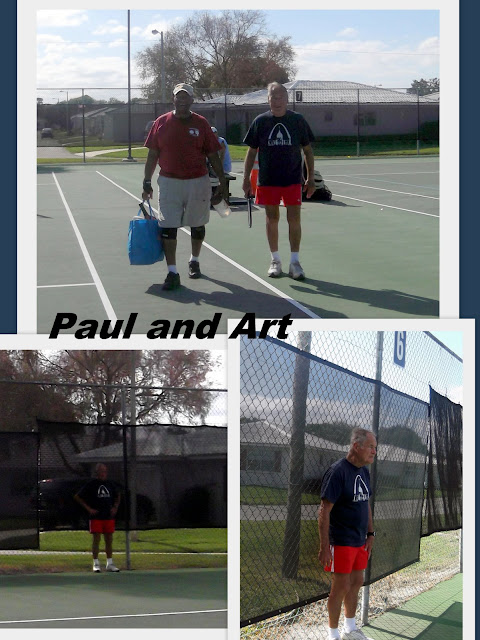 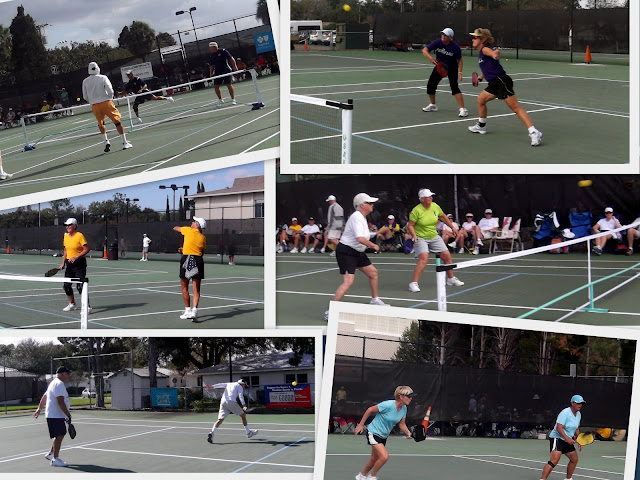 And in the next phot are friends and fellow players from Solivita in Poinciana, Fl,  Anna Maria Island and Fort Myers. 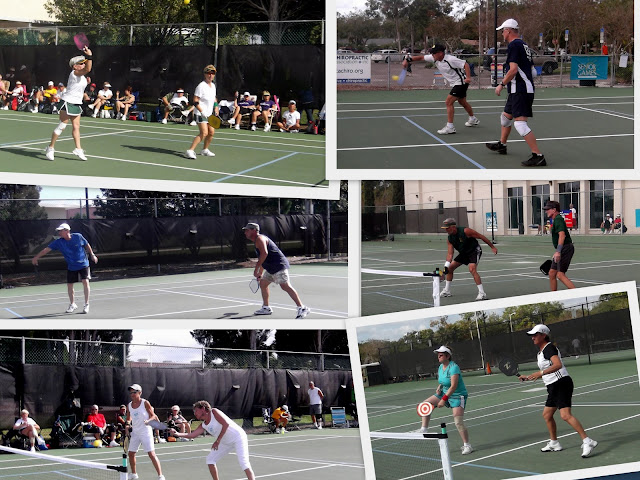 Saturday was the doubles competition so below Rich playes with his partner Gary Schinderle from Avon Park.  These two played awesome, but the competition was really really good today.  Congrats to both of them for bringing home the Bronze Medal. 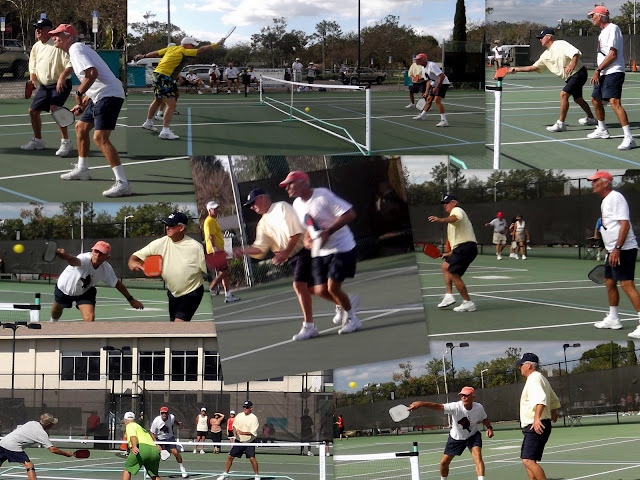 On Sunday we returned for the mixed doubles competition and pictured below are  some of the people we have come to spend time with from: The Villages, Ft. Myers, Sebring, Kings, Point, Spruce Creen in Summerfield, Solivita (Poinciana) and Avon Park. And below is a collage of pictures of Rich and Linda competing in the mixed doubles.  Once again the competition was outstanding, and while they kicked butt... in many a game, they ended the day in fourth place. 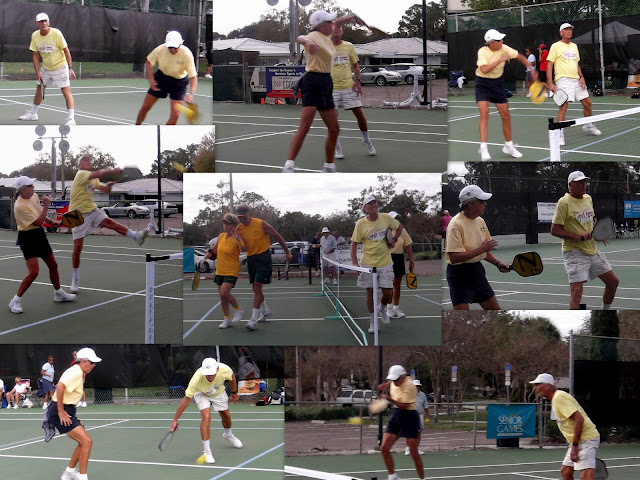 Despite the results - the weather was great, the competition better than ever and seeing all of our friends from the surrounding area was extra special.
Posted by DDonald at 8:39 PM