After our day of sightseeing yesterday, we were tired out. And after the big lunch we had, we all decided to just eat in.  Rich and I called it a day, very early that evening, after just a turkey sandwich and a scoop of potato salad.  Kathy had left eclairs- in the fridge for Rich, so he had to indulge in a few (or more) before retiring for the night.

Thursday was my birthday, but there would be no celebrating today.  We were up early, got the car packed  and pulled away from our lovely little guest house in Crumpler, NC at exactly 6:58 A, M.

Today was going to be a LONG day on the road.  The longest leg of the trip; about 650 miles.  By 7:10 we had crossed into VA and filled the gas tank ( the prices were much better than NC)  and  a little later made a quick stop at McDonalds for a couple of breakfast burritos and to re-fill the coffee mugs.

Not long after that it started to rain, and we encountered rain on and off the remainder of the trip.   We stopped  once more in VA ( what a LONG state - we thought we would never get out!)  at a rest stop to stretch and then crossed into West VA at 12:15, then into Maryland just after 12:30 and crossed the state line into PA about 12:45.

Now we were getting back to familiar territory, close to where we both grew up.  The rivers and rolling hills of PA and NY.  Below are a few of those sights that brought back memories, especially for Rich and his days of river fishing and  bow hunting in PA.   Below are a few pictures as we traveled through VA and on into PA.  The Susquehanna River, the rolling hills and the rocky ledges along the country roads.  Another accident on US 22 W had traffic backed up.  We had been lucky so far that stopped traffic had been going in the opposite direction. Then we turned on US 11N and from there, through North Cumberland we hit bumper to bumper traffic for about 20 minutes. 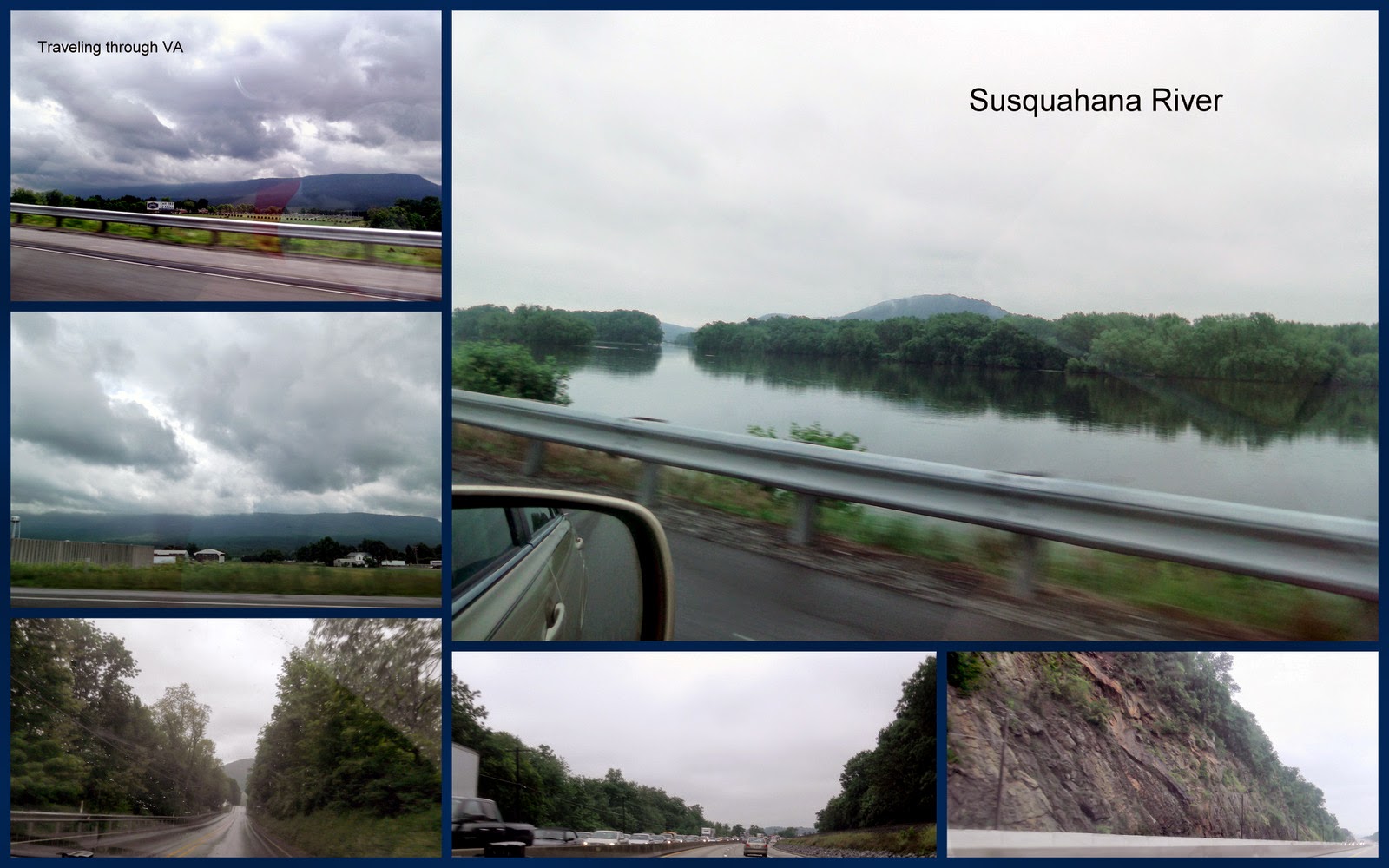 We stopped again in PA at a Flying J for gas. Rich wanted to check the stock market, so we went next door to Dunkin Donuts.  This also gave me the opportunity to charge my phone while Rich was on the computer and we enjoyed a little more coffee and donuts!

Just before 5:00 we decided to stop for dinner.  We found a nice restaurant along PA 220 just south of Towanda, PA; The Sullivan County Roadhouse Restaurant.   Nice place, good food.  Rich had the Spaghetti with Meat Sauce and I had the Chicken Parm.  HUGE portions....... more than I could eat - and Rich helped himself to my garlic bread.    We had drank so much coffee on the way, that water was the beverage of choice for both of us.   I guess this is my Birthday Dinner! 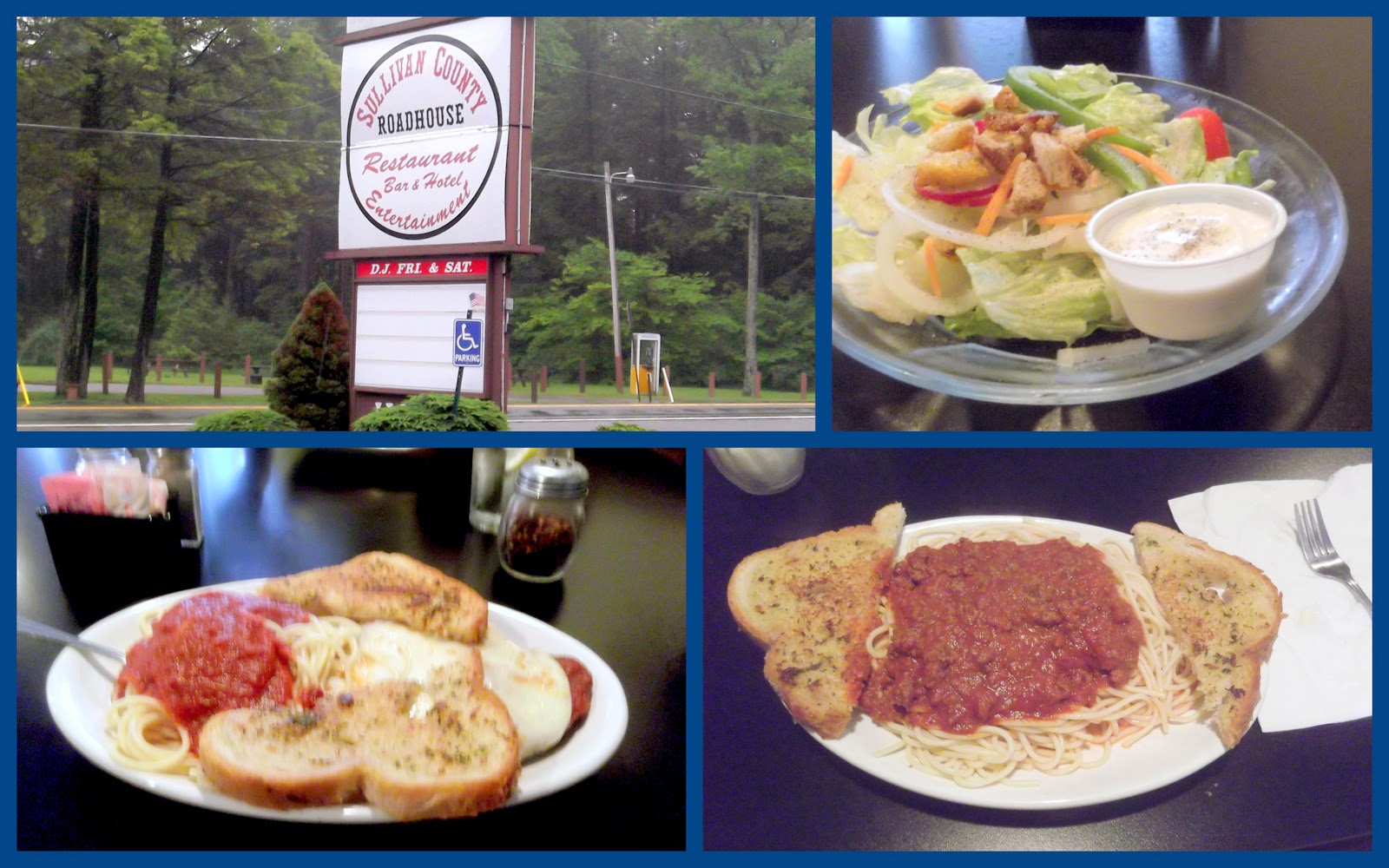 At about 6:45 we turned down the driveway to Dieter and Helen's country home in Columbia Crossroads, PA.   Almost 12 hours from the time we left western North Carolina. 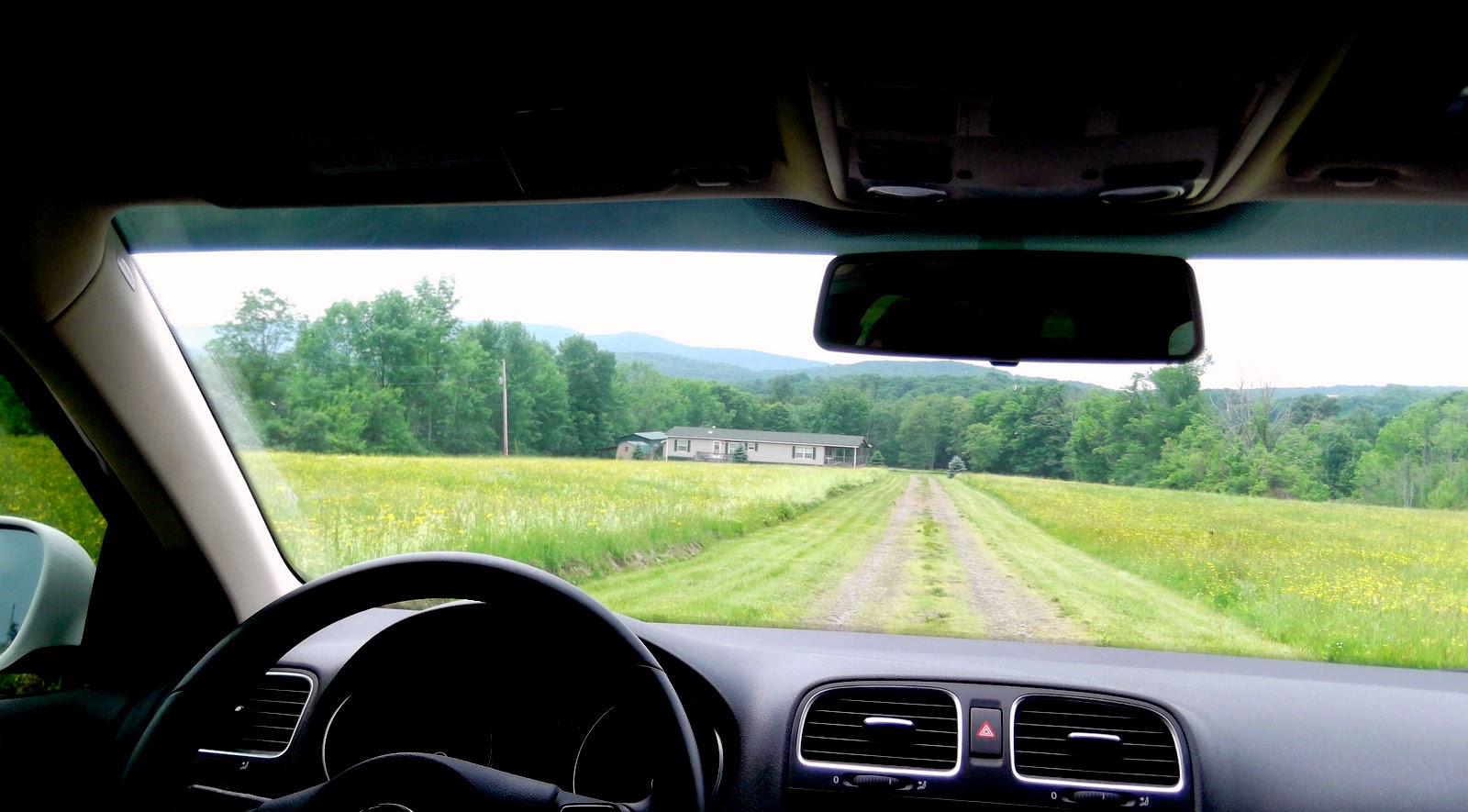 It felt good to just sit and relax.  We just relaxed and talked while watching a couple of deer ( a doe and her fawn) out in the field near the salt block.  Rich enjoyed a Beer and I had TWO Gin and Tonic.   It felt good to lay down and just SLEEP.