Tuesday was really a nice day, but that evening a very bad storm hit the area.   We were just getting ready to call it a night when the wind picked up and we could see the boats rocking down at the docks.  It started raining very hard and  before it was over we had to have winds close to 50 mpr.  We lost power for just a short time, and the cable/tv was still out when we went to bed. 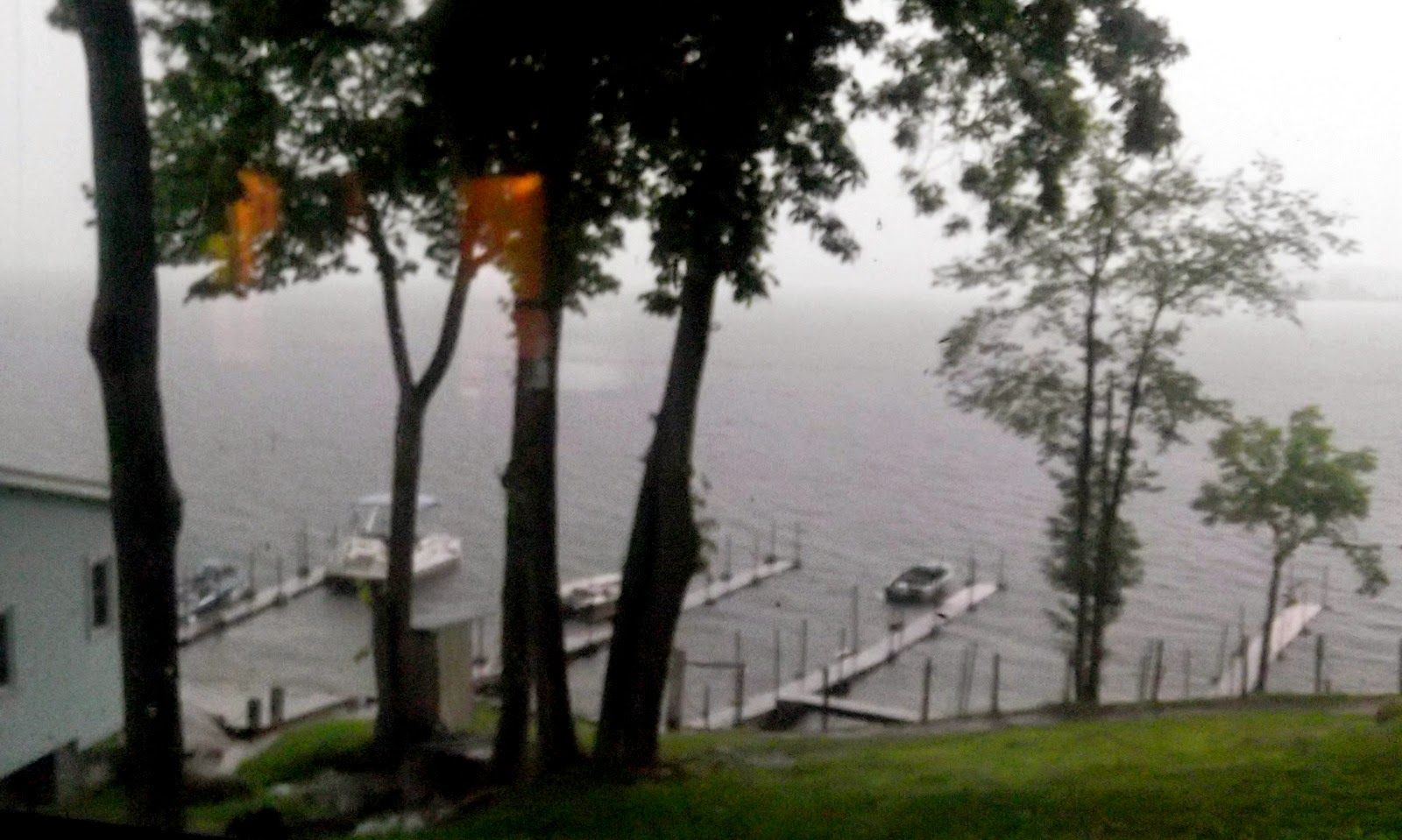 On Wednesday morning we could see the damage..................Between the rain and the water coming down from the hill sides, the water had risen significantly in the lake.  The docks were under water, and the storm and ripped up some of the dock near the boat we were using. 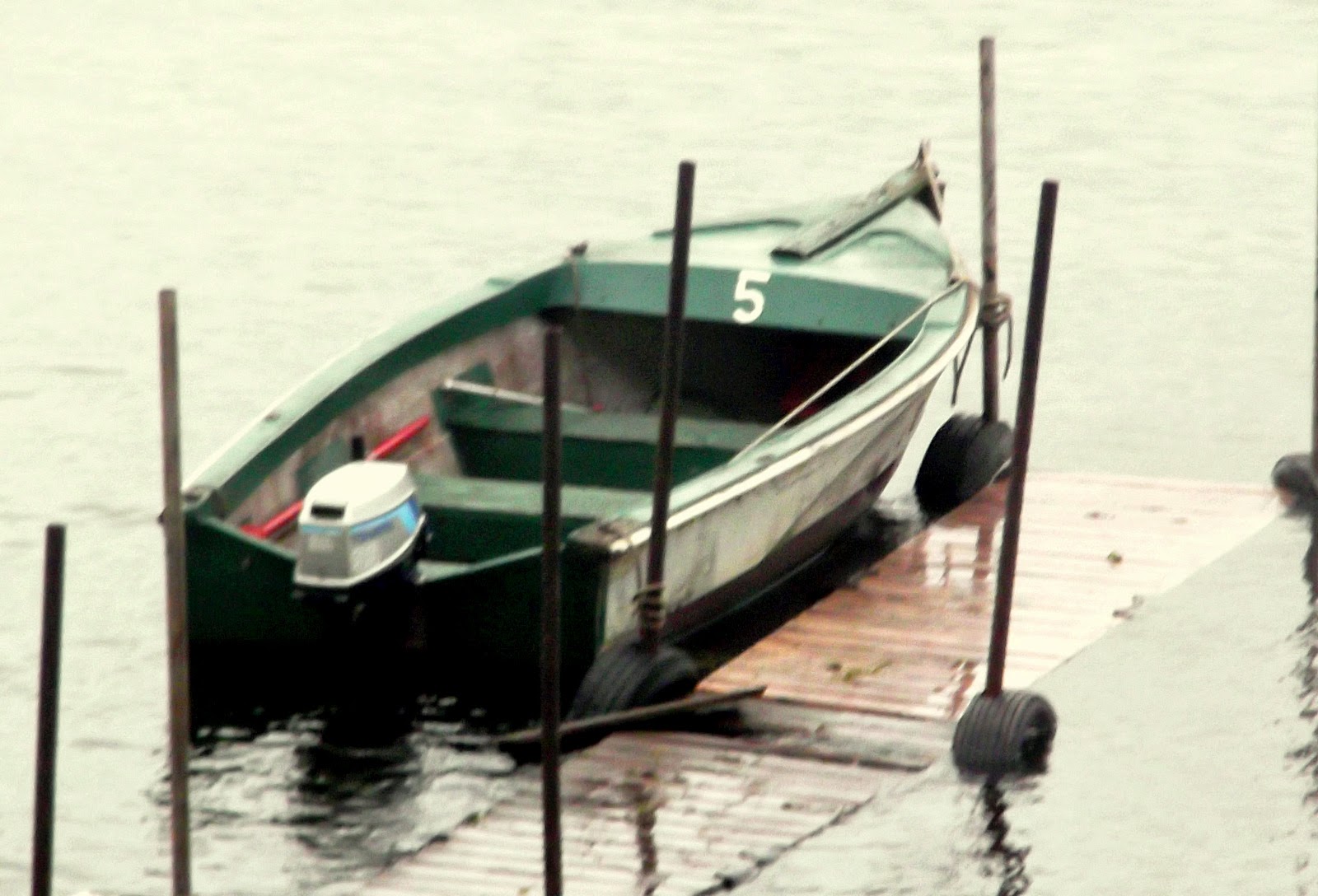 On Thursday morning the crew was out raising the docks, and replacing the bad boards.  It was amazing to watch how quickly they set up their equipment and had it repaired. 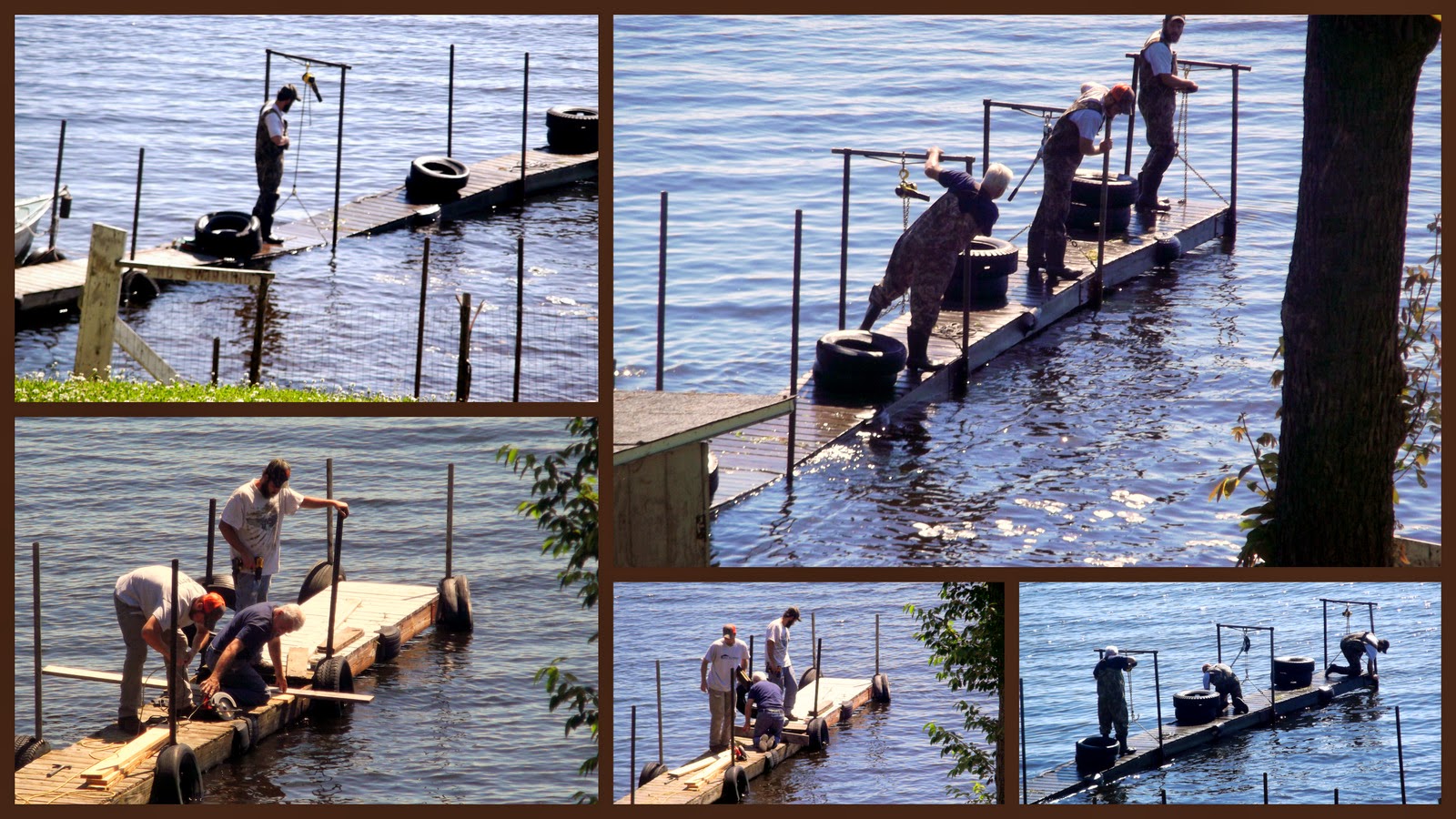