Sunday was a busy, active and fun day.  Rich and I were up at our normal time, but Dennis and the family slept in.   By late morning, Dean ( the park owner) and switched out boats, giving us a larger boat to use while the family was here.  This one would seat four people.   The cushions and life jackets were loaded, they grabbed their bait, and tackle boxes and poles and Rich, Dennis, Dalton and Chauna headed out to fish.   Each of them took a picture of their FIRST CATCH Chauna holds up her crappie, Dennis is baby fingerling bass, and Dalton proudly displays about a inch catfish. 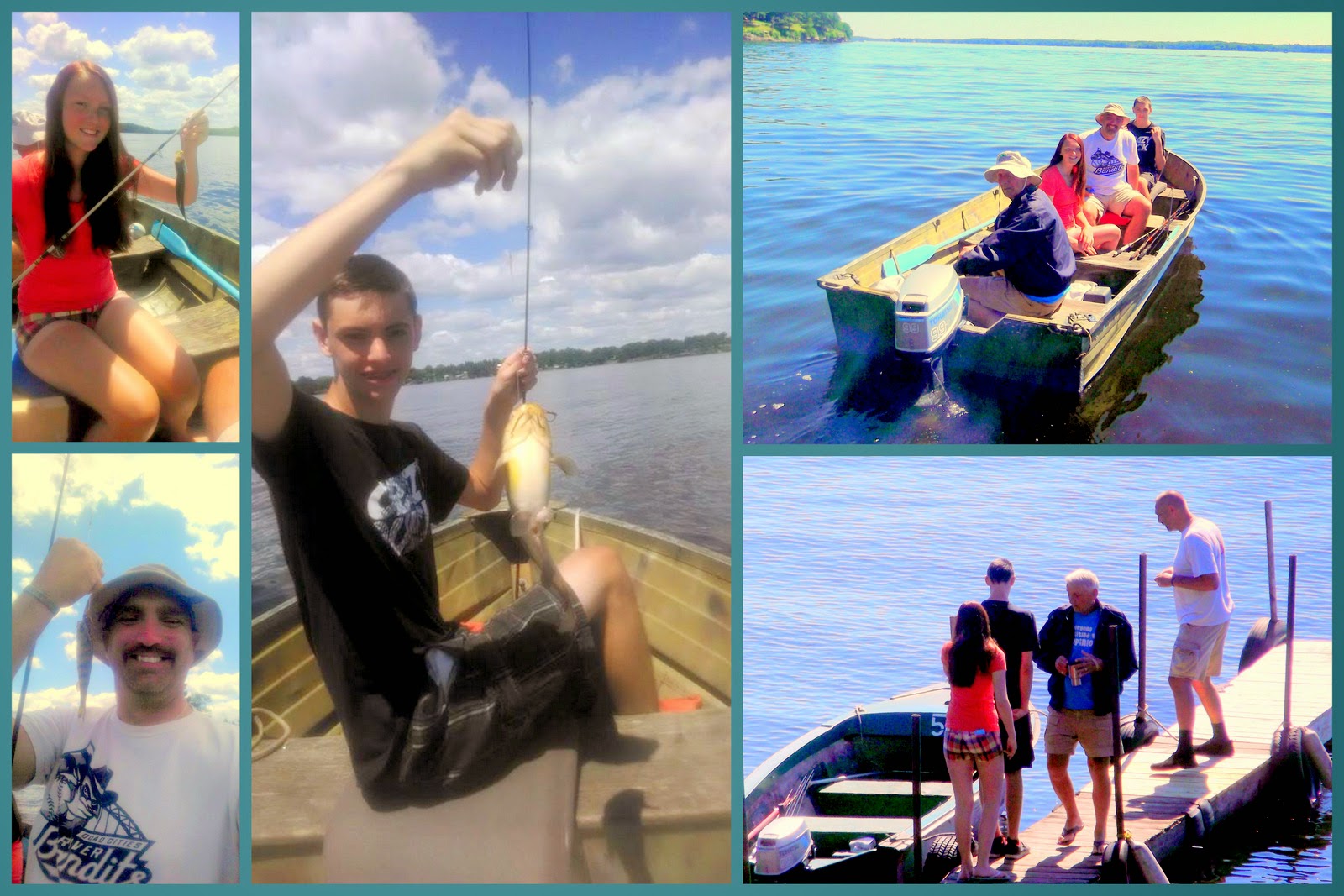 By the time they came in, Rich had caught 2 Bass and 3 Shell cracker, Dalton caught another small crappie for a total of 2. And while Dalton came back with the Biggest Fish, Chauna caught the most with a total of 7 crappie.  Dennis?  Well he managed to pull in one more about the size of the first one!

Meanwhile, Crystal and I pulled out the Mexican Train game and played outside at the picnic table.  And when everyone returned from their fishing expedition, the kids joined us........and we played most of the afternoon. 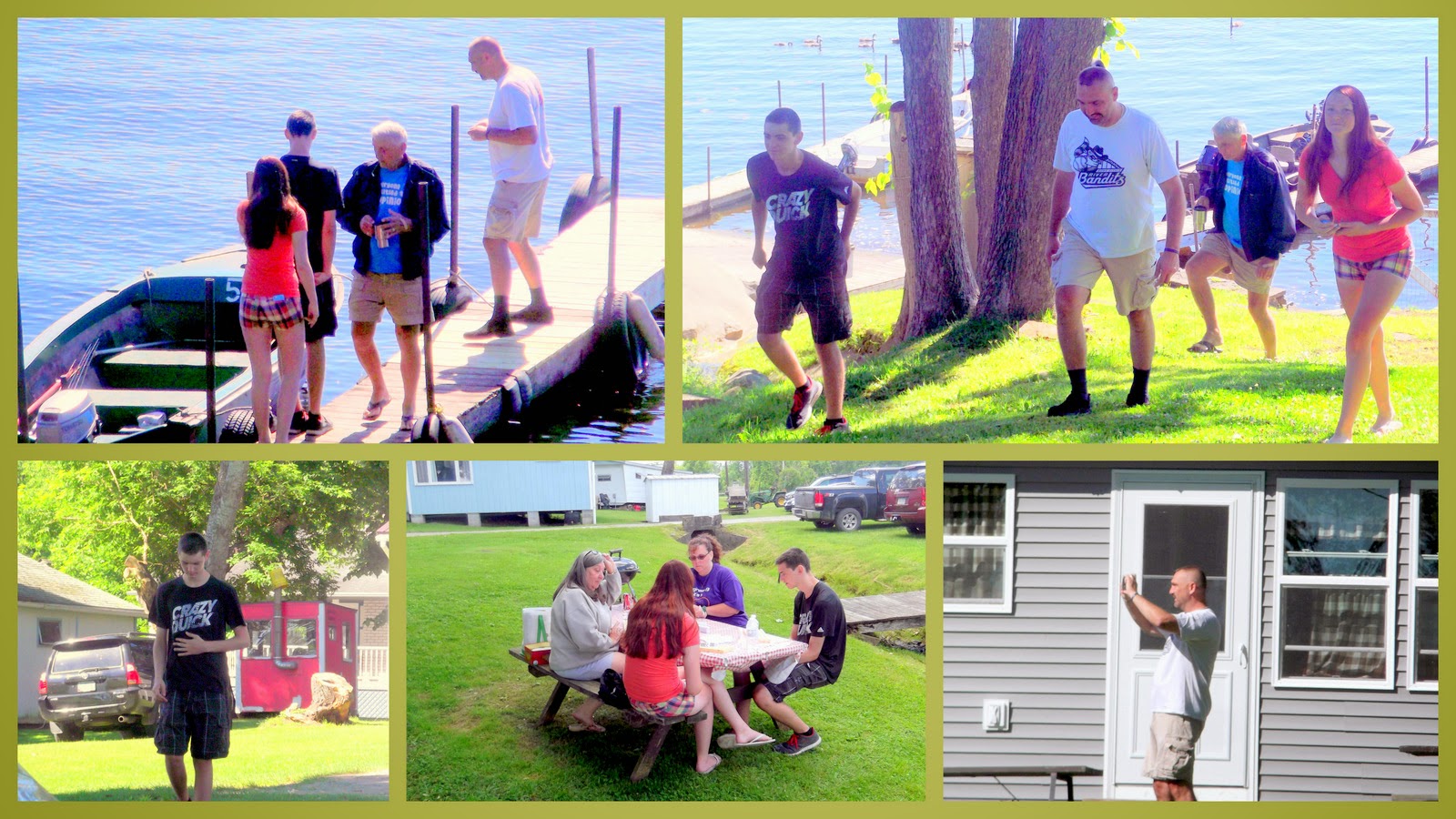 Dennis had posted a picture/comment on facebook, which prompted a reply from an old army buddy that he met in Kuwait several years ago.  Chris was now stationed just 1/2 hour south of Black Lake in Watertown, NY.  So Chris and his wife Audra and their three children came to visit later in the day.

The kids had a great time playing in the yard, and Chris and his wife were so friendly - it was almost like an extended family!   And the guys who were staying in the other half of the duplex cabin that Dennis was in - came out to join the group.   They were in the process of cooking their dinner, finishing their Lobster outside on the grill.    Crystal and I pulled out some hot dogs and burgers, potato salad and chips........and Dennis cooked on the grill.  We managed to get enough together  to feed everyone.   Perfect!!! 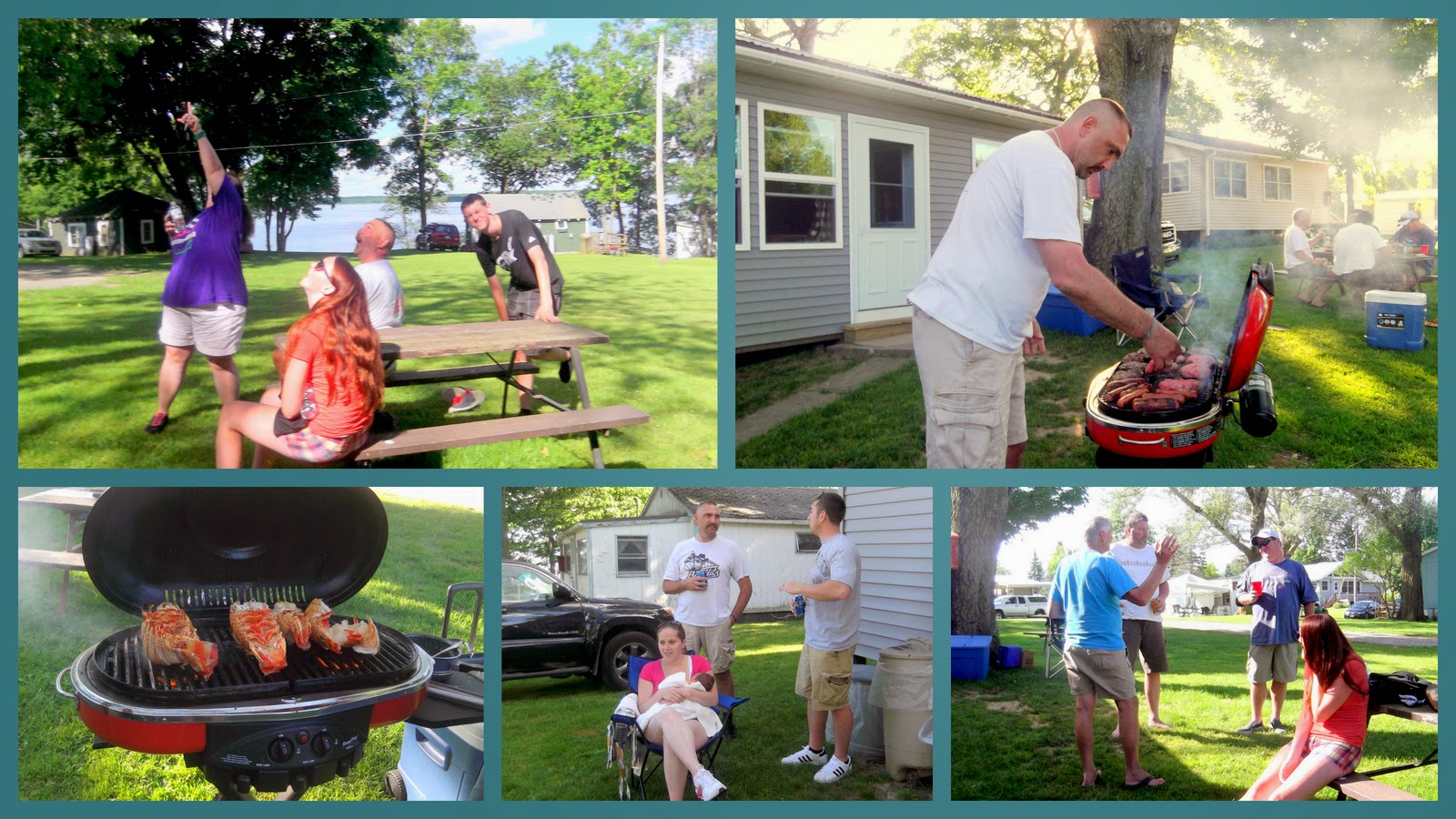 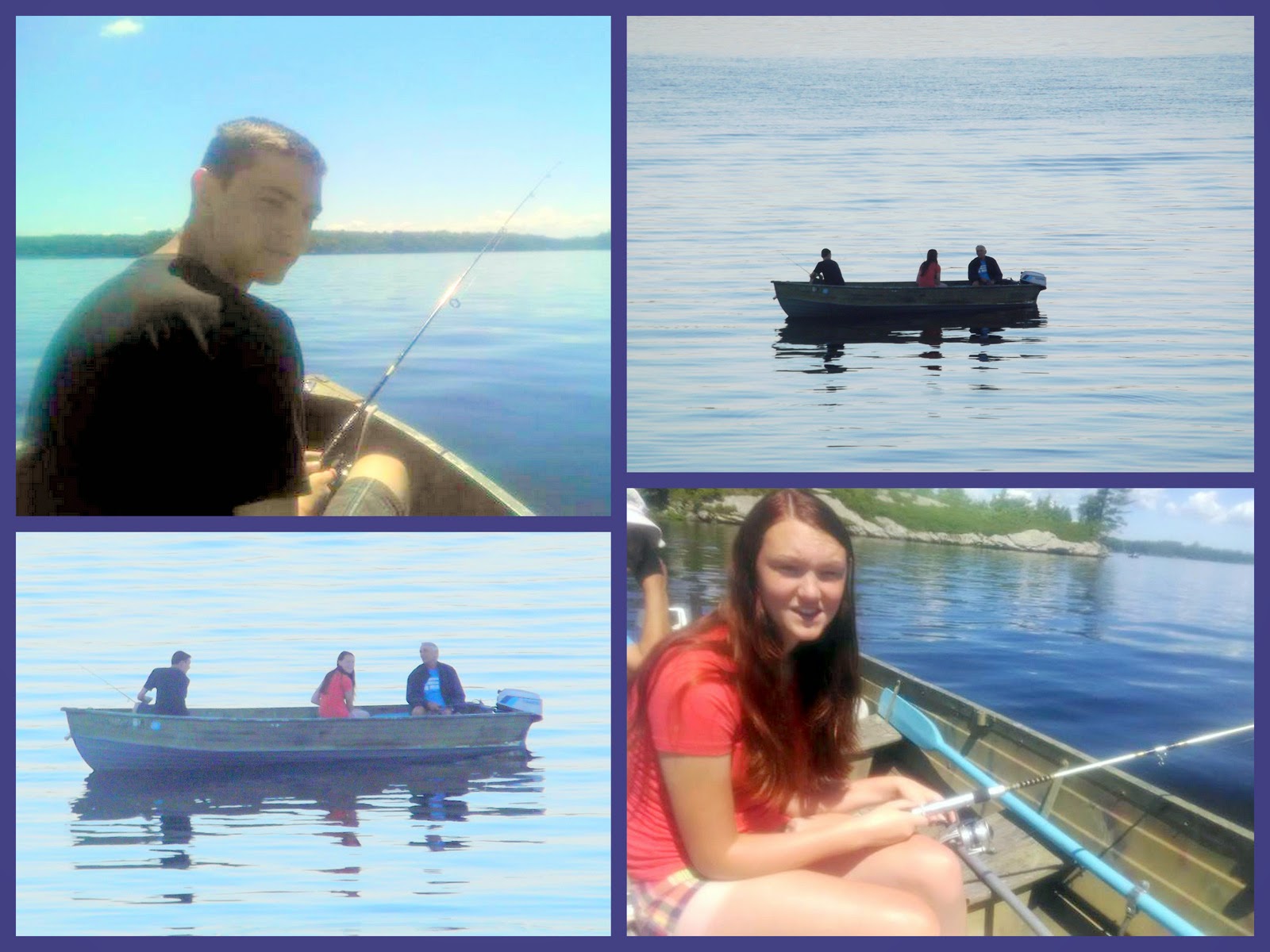 It was after 9:00 when Chris and the family headed for home.  Glad that Denny had the opportunity to spend some time with them.  Time is all running together about now - but we played so many games with the kids - I'm sure they had me back either playing Skip Bo or Mexican Train before the night was over.